More than a year ago former employee of the Denton County Republican Party Joseph Kane of Denton, TX (here’s his Facebook and Twitter) was exposed as a fascist by his own public actions. However, he used the press and the GOP to shield himself from accusations that he is a neo-nazi. Since then, Joseph has been allowed to spread fascist ideology using the thinnest veneer of plausible deniability.

Now, leaked Identity Evropa Discord chat logs demonstrate unambiguously that 25-year-old Joseph Kane is an active neo-nazi. He posted in Identity Evropa’s now-defunct Discord server called “Nice Respectable People Group” using only his last name as an alias. In addition to his Republican activism and membership in IE, Joseph Kane is a US military veteran who serves in the National Guard and was a student at the University of North Texas as recently as 2017. (It’s unclear if he is still a student there, but the school has been hit with IE propaganda in the past.)

In 2016, Identity Evropa posters and fliers were posted all over the campus of the University of North Texas at Denton. Other IE stickers and fliers have appeared in Denton from time to time from then onward. We were unable to verify if Joseph Kane is still in attendance at the university, but we have included the contact information for the Dean of Students, pending verification that he is.

How Joseph Kane Was First Exposed As A Fascist 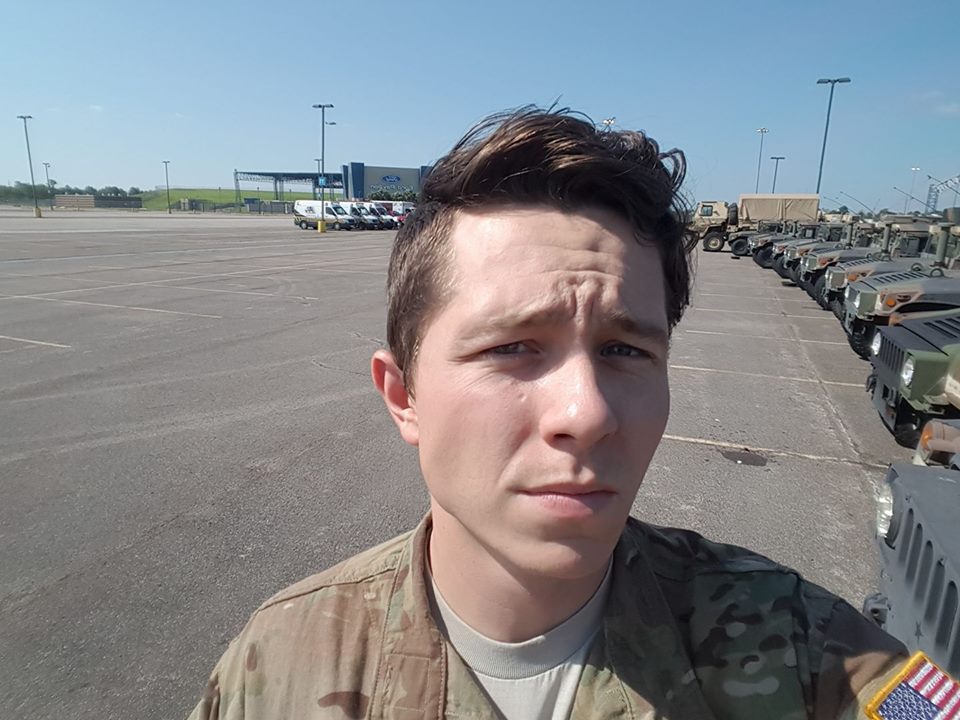 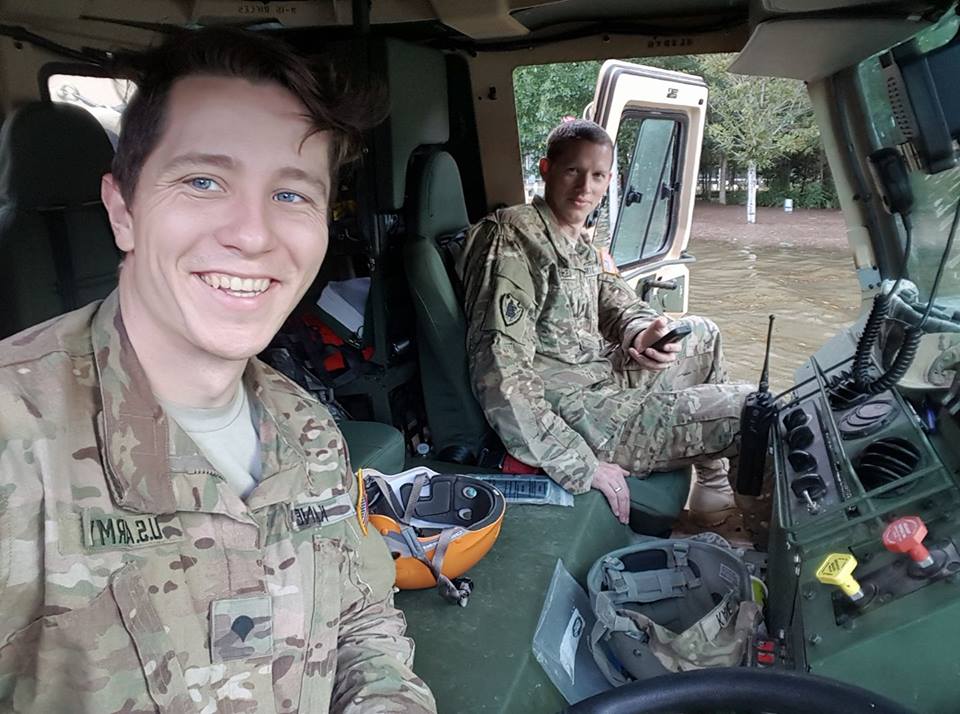 In July 2018, a since-deleted post in a subreddit dedicated to Denton, TX revealed that Joseph Kane, who was still working for the GOP, followed and interacted with hundreds of right-wing extremist pages on his Twitter account, @kane2028. A follow-up post in the same subreddit a week later included further corroborating evidence of Joseph’s far-right affiliations. Among the evidence shared on Reddit were screenshots of the fascist accounts with which Joseph Kane interacted, as well as posts of his own. HuffPost recently reported on Kane’s membership in the National Guard, noting he seems to have joined IE by at least this time in 2018.

Following these revelations, local Denton activists created and distributed a quarter-sheet flier to alert the community about his fascist proclivities. Regional anti-fascists posted a photo of him on fliers to twitter and their blog. This was also picked up by the site It’s Going Down. In response, NBC interviewed Joseph and wrote an article about the allegations against him, and essentially reported only what Kane told them, saying Joseph was “attacked online” by an “anti-Trump group” (i.e., local antifascists).

The local Denton newspaper ran the NBC article as well, as did the regional metropolitan paper of record (which at least gave it a more accurate headline). Subsequently, some conservative media helped create the illusion that Kane was merely an innocent conservative being falsely accused by “Antifa.” Zero corporate news outlets investigated the story any further.

Joseph was given cover to continue his fascist activism out in the open, but hopefully that will change with new revelations about his activism with IE.

On to Joseph Kane’s presence in Identity Evropa’s private Discord server, where he used only his last name as an alias. 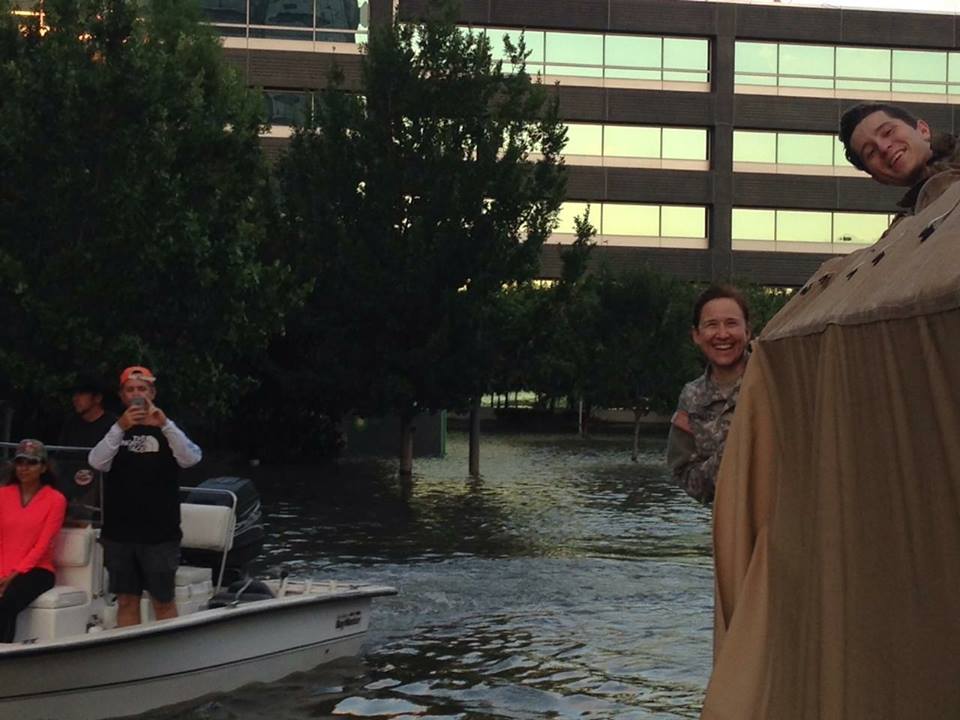 Apart from using his real last name in Discord, Joseph gave up tons of other information about himself and his opinions in the fascist group’s leaked conversations that he echoed on Twitter. “Kane” says he is Catholic in IE’s Discord server, and made a photo of Charlemagne his Discord avatar. In his Twitter bio, Joseph Kane repeats that he is Catholic and makes it clear he’s a big fan of the Holy Roman Empire.

Posting as Kane in Discord, Joseph said he thinks Freemasonry was a Jewish plot, and repeated this conspiracy using an anti-Semitic caricature by the 19th-century French cartoonist Caran d’Ache on his Twitter account.

Kane also posts about having been hassled by “commies” in IE’s Discord: 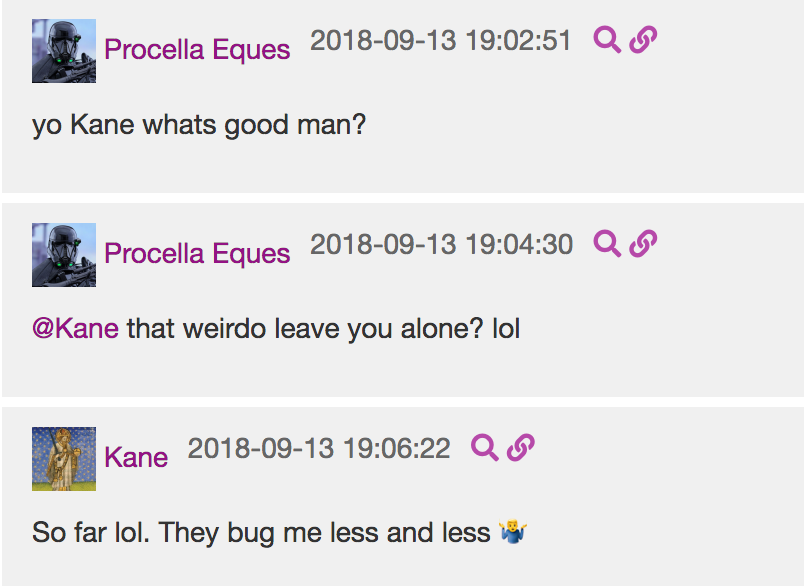 And what do you know! He yammered about supposedly being hassled by Antifa on Twitter as well, where he falsely claimed that antifascists threatened his family (even though his family was never mentioned by anyone who exposed him) and that his (fake) experiences with antifascists “radicalized” him. Of course, it’s easy to see from the reams of receipts that Kane was a fascist well before antifascists exposed him (in fact, that’s why he got exposed! Interesting how that works…). 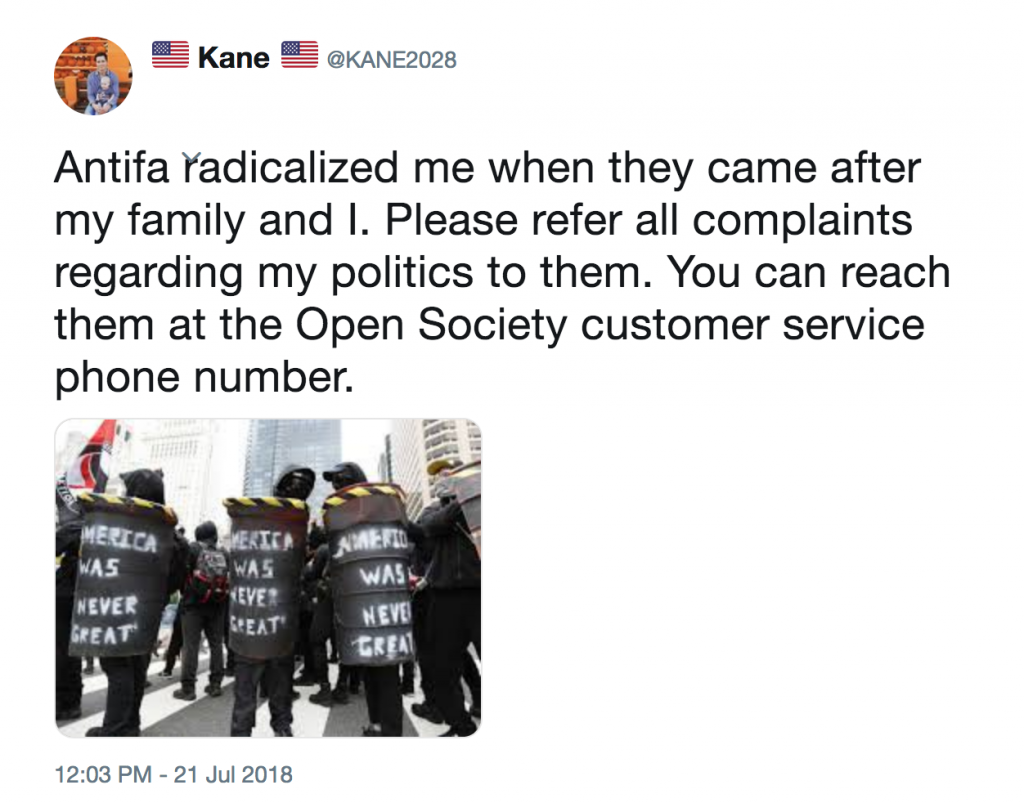 Joseph also discussed “white pilling” people and his wife being “white pilled” in Identity Evropa’s Discord server. This term is a variant of “red pilling” specifically in the context of white nationalist beliefs. Joseph also linked to a video on “European Nationalism” by VFG Productions and commented favorably on it in Discord posts. All VFG Productions videos have featured figures such as Neo-Nazi podcaster Mike Enoch and (before he blessedly died) William Luther Pierce, longtime head of the Neo-Nazi National Alliance and author of The Turner Diaries, a book that has inspired various acts of white supremacist terrorist acts.

Joseph promoted the “Myth20” podcast in IE’s Discord server. The podcast is affiliated with “Identity Dixie,” a neo-Confederate white nationalist extremist group. The podcast is named after The Myth of the 20th Century (Der Mythus des zwanzigsten Jahrhunderts), a book published in 1930 by Alfred Rosenberg, a chief ideologue of the Nazi Party.

Joseph also posted in Discord about wanting to edit the Wikipedia article on Identity Evropa to eliminate mention of National Socialism. Of course, they’ve now rebranded as the “American Identity Movement,” so there’s a whole other ball of Wikipedia entries to deal with.

This follows a larger pattern of revisionism on the part of Identity Evropa and their plans to manipulate Wikipedia results in their favor.

Joseph also likes to brag about reading fascist literature on his Twitter account. When posting about a book authored by the fascist Julius Evola on Twitter, Joseph paired Evola’s book with a book written by a Black author (and a Republican from the brief era when the Republican party advocated for Black freedom) in another attempt at plausible deniability. This is a classic fascist tactic.

On Twitter, Joseph compared the US to the Weimar Republic as being overly tolerant of “sexual deviancy” in reference to a show that, uh, actually comes from Brazil! Nobody ever accused a fascist of doing their homework…

Joseph also shared a meme celebrating the televised assassination of a Japanese socialist politician by a far right ultra-nationalist.

He also has an affinity for the fasces, the symbol of fascism; and loves the Portuguese fascist dictator António de Oliveira Salazar and Spanish dictator Francisco Franco, as well as the Falangist movement. Joseph Kane used his previous positions with the Denton County Republican Party to promote Neo-Nazism, and is in violation of US military policy by belonging to a designated extremist hate group. He has enjoyed the protections afforded to many fascists before him by the press and the Republican Party, which needs to end now.

You can read all of Joseph Kane’s posts in the Identity Evropa Discord server here.

Article about Kane with information that can’t be hosted on this platform here.