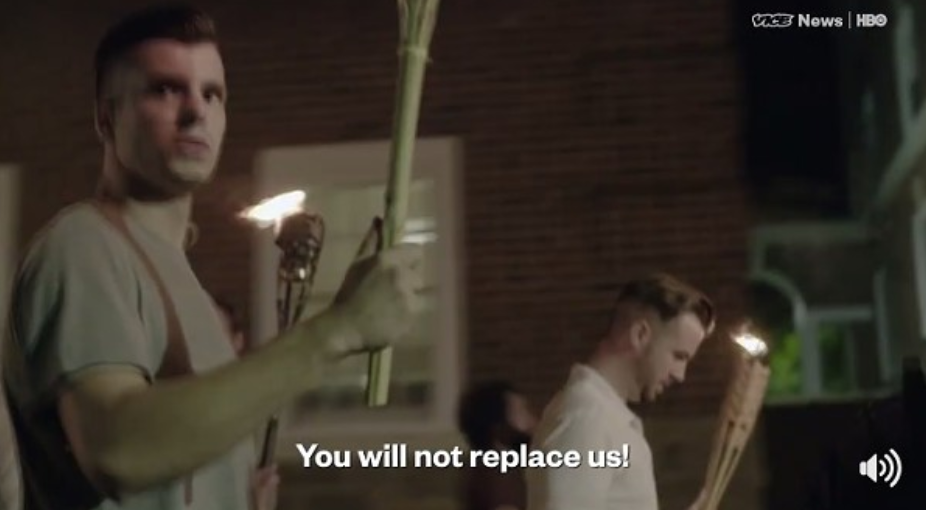 Most recently, Clark has been active with Identity Evropa flyering and participating in flash banner drops in Tampa, FL and is currently living in Sarasota. Trying to hide out in Florida, huh Clark?

Clark can also be seen here wearing an Identity Evropa t-shirt and posing with Teen Miss Florida, like the absolute fucking nazi creep that he is.

Clark has been photographed with Taylor Wilson, the neo-Nazi associated with the National Socialist Movement who was sentenced to 14 years in federal prison for his armed takeover of an Amtrak train in Nebraska in 2017. The same photo also shows them joining up with Canadian fascist and newly minted VDARE employee Faith Goldy, who was most recently seen at CPAC 2019. Clark posted the photo online himself on his Instagram page: cmcanepa_.

During ongoing IE Discord conversations about SCOTUS justice Brett Kavanaugh during his hearing last fall, Clark told IE members he was “falsely accused” of sexual assault in college, which escalated to a Title IX case.

Clark said he dropped out of college over the allegation during his junior year after he was suspended from his school, where he was previously in a frat and lived in University housing. The connections between racism and misogyny should come as no surprise—nazis hate and hurt women.

Clark also attended Unite the Right in Charlottesville in 2017 where he joined the torch march and can be seen chanting “You will not replace us!” and “blood and soil” as documented here.

Clark repeatedly bragged about his participation in the deadly nazi riot in Identity Evropa’s Discord server:

Clark has been exposed before, and it’s time for him to be doxxed again now that he’s slithering around Florida. You can read all of Clark Canepa’s posts in the “Nice Respectable People Group” IE Discord server here.

Panic! in the Discord Antifa created this article.
If you have tips, send them to: panicinthediscord@riseup.net  or @discord__panic on Twitter.