Discord user J3evans who appears on who appears on Identity Evropa’s “Nice Respectable People Server,” that was leaked in March by Unicorn Riot, has been identified as none other than Joshua Evans of Providence, Rhode Island.

The connection between the deadly Unite the Right rally in Charlottesville in 2017 and Identity Evropa (now re-branded as American Identity Movement) cannot be overstated. According to the SPLC, the white supremacist group was involved in the planning of the white supremacist rally and they are “at the forefront of the racist ‘alt-right’s’ effort to recruit white, college-aged men and transform them into the fashionable new face of white nationalism.”

Recently members of AmIM/American Identity Movement (previously known as Identity Evropa before a rebrand), mobbed a bookstore during an author’s presentation of his anti-racist book. Peruse our thread identifying their members. It is not hyperbolic to say that these white supremacists are looking to continue to gain footholds into mainstream discourse by any means necessary, including infiltrating local GOP offices, recruiting at college campuses, etc.

User J3vans was relatively easy to find. We were first able to find his Twitter. After the discord leaks occurred, he changed his username from J3vans to unorthodox_lad, but the internet never forgets.

Thanks to Twitter’s redirect capabilities, you can check out Joshua’s account by clicking on this tweet, that contains the J3vans username, and seeing that it redirects from his old username.

You can also see the Tweet redirect metadata archived here, which shows the metadata of the tweet belonging to the account J3vans, and linking it to the name “Joshua Evans”.

Luckily for us, Twitter gave us almost everything. He tells us that he is an apprentice plumber, going to school at the William H. Davies Jr. Technical High School in Lincoln, RI. 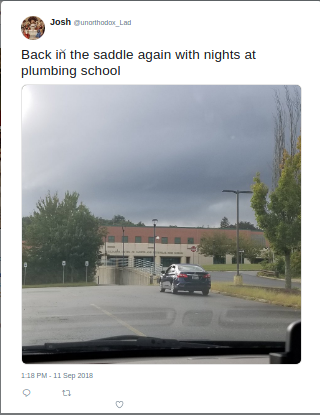 From there, we were able to find a video he posted in a tweet of him in a van taking a video of another employee of his place of employment. You can see the video below.

Notice in the video he posted the shirt “Malone” on the logo. 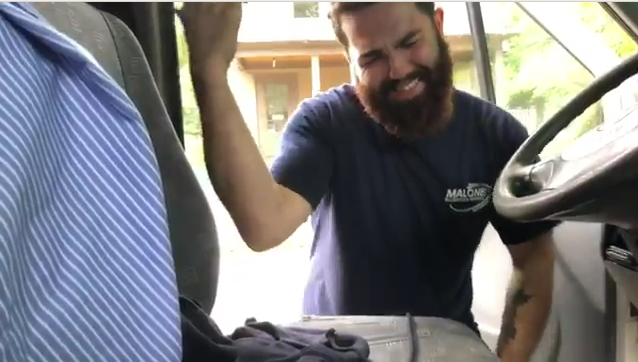 He also posts many videos and photo of his range activities. We’ve included them in our blog post as well, in case they are taken down:

Luckily for us, his workplace posted a photo of him too. 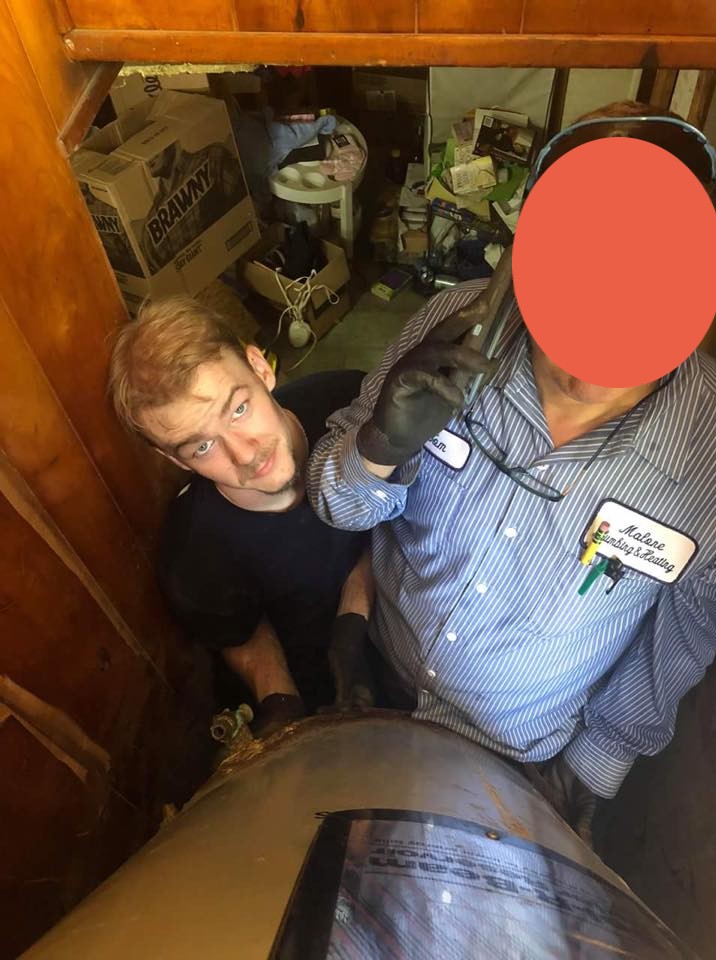 We know that J3vans posted several times in late 2018, including in Providence, Rhode Island, and was active until at least February of 2019 according to the discord logs. With a trivial search, we were able to find a Joshua Evans that resides in East Providence, RI, the same place J3vans put up Identity Evropa propaganda. In fact, there are only 2 other Joshua Evans in all of Rhode Island, and they are quite a bit older. 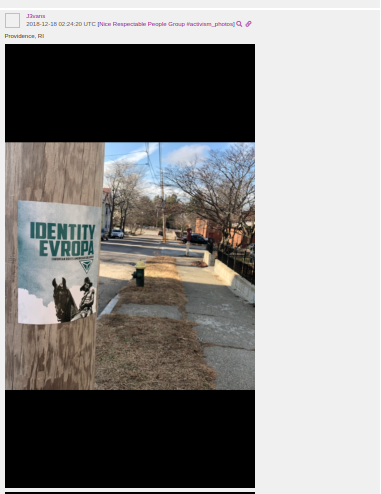 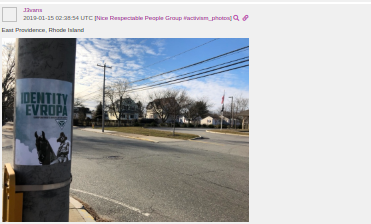 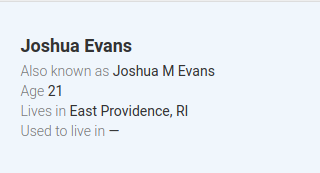 Their facebook is https://www.facebook.com/maloneri/ in case you want to give them a heads-up that they’re employing a dues-paying member of a white nationalist hate group, one that Joshua puts up fliers for around East Providence. Feel free to warn other Cranston and East Providence residents that if you request a plumber from Malone’s, you may inviting a Nazi into your home.

Keep your community safe, no Nazis in the plumbing!